Two days of competition passed at the WPA World Junior 9-Ball Championships. Half of quarter-final places are booked. 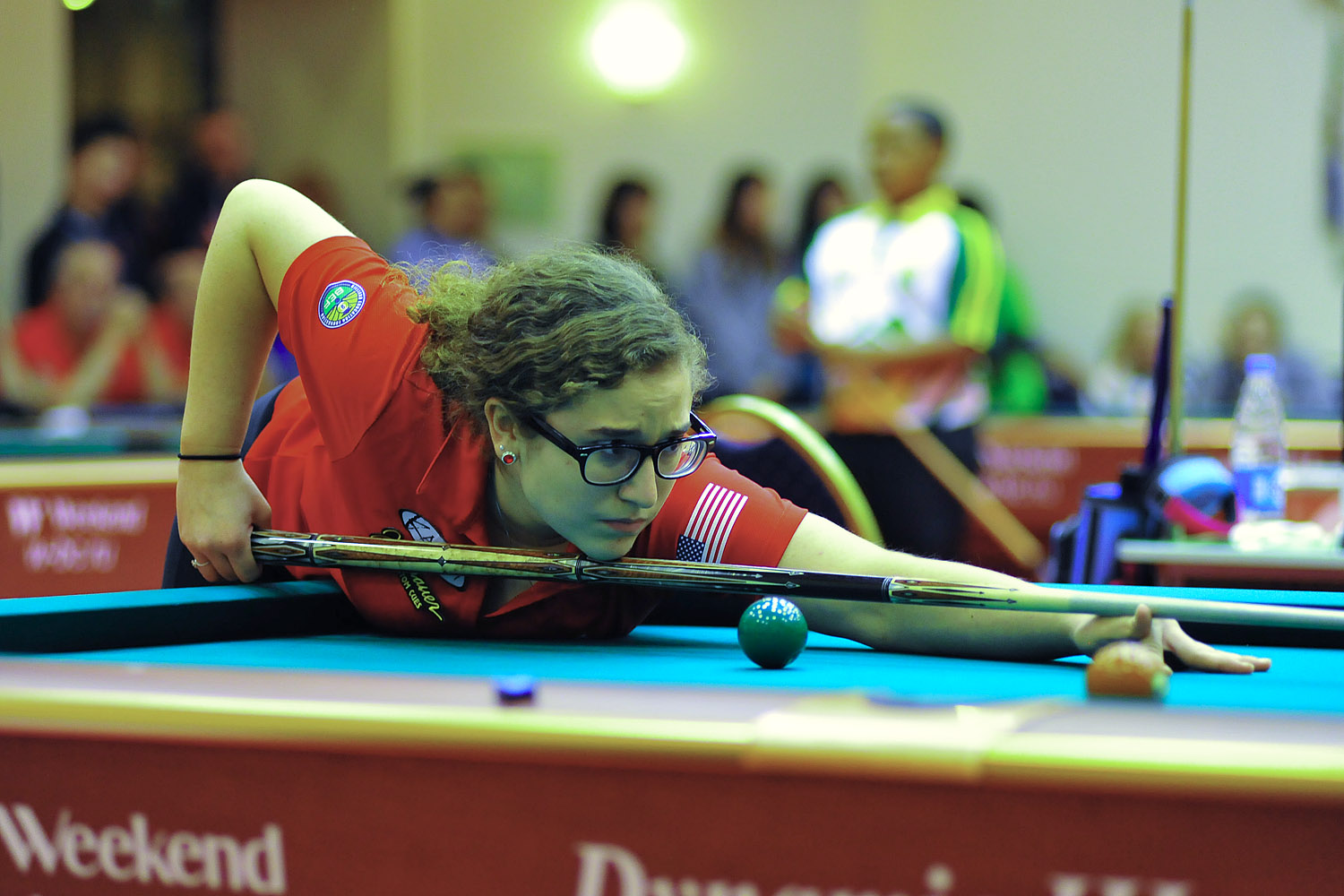 Day 3 is going to be long for those still in action in Moscow, Russia. Play will proceed until semi-finals, with only six players (two from each respective division) left for the finals.

Best Russian juniors Kristina Tkach in Girls U19 and Fedor Gorst in Juniors U19 are through to single elimination with convincing wins. Both gave away just 5 racks in two matches, provided Fedor has a longer race to 9 as opposed to 7 between girls. Moreover, on his way Gorst defeated last year's runner-up in U17 division Temuujin Enkhbold and 3-time 2016 European champion Patrick Hofmann (Germany).

Joining his teammates in quarter-finals is Egor Trifonov who won one of the spots in qualification event, he is also undefeated after two rounds of play.

Boys divisions are dominated by EPBF representatives so far, as of eight players from both divisions who advanced there is only one from the region other than Europe. That's Robbie Capito (Hong Kong) who defeated European champion from Poland Wiktor Zielinski in a double hill match.

Six American players are still competing yet on the losers bracket, and another one guaranteed to take a shot at the medals (that is with a chance to advance to the semis). Alex Jo Booth survived a scare in a nail-biting encounter with Nataly Damian (Peru), as her opponent was making a shot on the 8-ball at hill-hill with the 9 hanging in the jaws of the corner pocket. April Larson, always a strong favorite at junior level, was defeated by one of the Korean players that look pretty capable of winning a title this year. Larson will have to win another match to get to Last 8 round of the event.

Despite the face Curacao and Bonaire players had to play the very first round of U17 and then Bonaire faced Costa Rica, it is still two players from Panamerican Confederation keeping a chance (Costa Rican Andres Aguilar and Tremus Shamir of Curacao). They face US players Eric Roberts and Joey Tate. The latter together with Alex Booth are the ones I would especially mention as very well-mannered and show great sportsmanship. Both Alex and Joey perform as they are dedicated to fair play which is so nice to see from them aspiring young players.

Check out the photos of their Moscow adventures on Facebook, look for Billiard Education Foundation and New England USA Pool League pages. Also don't miss high-quality production from ABNbilliards who bring you live feed from the venue. They feature one TV table and provide English commentary, all this totally free! Other tables are equipped with web cameras and also let you sweat the action which is going to be even more high-class as the tournament progresses.

ProPool.Info is also working at the venue with a camera, so don't forget to visit the Photo Gallery for World Junior 9-Ball 2017 and check daily updates there.

On Wednesday play continues with first round matches starting at 10 am, last round for the day which are the semis start at 6 pm (all times local).